Showing posts from 2010
Show All

December 01, 2010
Tweet We are currently helping to find models for Channel 4 's popular series The Sex Education Show . They particularly need female models in their 30's. If you fit the bill, answer Ad 1752 on the RAM website
Post a Comment
Read more

November 22, 2010
Congratulations to RAM models Brian Murray and Grace Pattinson who modelled for Ges Wilson 's "Touched - dawn awakens upon your lips", which is in the Touched exhibition at Tate Liverpool .
Post a Comment
Read more

November 18, 2010
We are naming and shaming Norfolk County Council here. They have cut life models' pay from £8.44 per hour (already paltry) to an astonishing £6.44 per hour. These are rough figures as it's been difficult to find exact ones. However, the gist is a £2 per hour pay cut! If anyone from the council cares to respond, we're all ears! SHAME ON YOU!!
Post a Comment
Read more

November 18, 2010
A model who was expelled from RAM many years ago is up to his old tricks. We've had complaints from adult education centres and colleges. He phones implying that he's seen an ad somewhere for models (which doesn't exist) or that the you have called him looking for a model (you haven't!). If he knows it he usually drops the name of someone in reception/office in the "conversation". eg "Ann phoned me to say you're looking for a life model ". He also often mentions RAM's name - or the name of Vic Stevens or Rachel McCarthy (2 people who help run RAM ). He goes under various aliases, including Peter or John Shilling, Whiteshilling, Myatt, Wyatt or White. He lives in Romford, but travels all over London and greater London.
Post a Comment
Read more 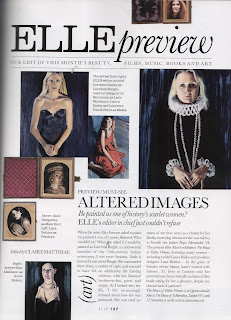 October 26, 2010
Great news! 2 of our models have starred in recent videos for bands. EMMA LOUISE BOULDING and MARILYN ROSE are in The Klaxons new music video 'Twin Flames'. The video directed by Saam Farahmand will make its debut at the beginning of November. EMILY MCCARTHY is in the video and on the back and front cover of  "Don't Fall in Love" by Still Corners .  Well done, all of you!
Post a Comment
Read more

September 23, 2010
Good and exciting news!! Models joining in London now have the choice of either auditioning or providing references. So, come on, join today - what's stopping you?? Register of Artists' Models
Post a Comment
Read more

September 23, 2010
Like to get together with other artists and models for a social evening and to network, then why not come along to the 'Three Goats Head PH' on St Michaels St, Oxford, OX14 2DR, on Wednesday evening the 29th Sept? I will be there from 9pm to 10pm. Cheers Chris Please note, this is not a RAM organised event, but sounds like a very good idea to us!
Post a Comment
Read more

September 16, 2010
Many congratulations to Steph Wardle, who is currently pregnant. The baby is due in January , and she wants to work through to December. Here is a rare chance to draw a pregnant model!!! Contact Steph through our model pages.
Post a Comment
Read more

July 06, 2010
Well done to all RAM models who appeared or are appearing in Channel 4's The Sex Education Show . I watched it last night - interesting, informative - and probably very good fun to participate in!
Post a Comment
Read more

May 18, 2010
We require an artist to run a RAM organised life class near Eastbourne (Friston) on June 5. The class runs for an hour (1 - 2pm) and we'll pay 30.00 (plus fares, if applicable). We provide the model and materials. Apply
Post a Comment
Read more

May 18, 2010
Thought we'd put this article up as a lot of RAM models have modelled for him over the years - and it's a great piece anyway! The models include Anna Barnes and Rachel McCarthy. Ron Mueck article
Post a Comment
Read more

April 02, 2010
The blog looks great on the website. I have a couple of new things to add. I've appeared on the telly modelling on BBC1'S The One Show in a piece called 'The Value of Art and also in Seven Ages of Britain: Age of Money. Best wishes, Zoe Simon (RAM model)
Post a Comment
Read more

April 02, 2010
Hello, all you life drawing tutors and artists out there To those of you who already belong to the Register of Artists' Models , a big thank you. Our models appreciate all the work you put their way. To all artists, please note that the website is very largely driven by how many ads are appearing. So, the more ads that go up, the more models join, thus giving you more choice of life models. It would help us greatly if, as well as contacting models directly, you could put up an ad whenever you are looking for a model. It's free! And you don't have to belong to RAM to advertise, although this is under review. Use this link to put up ads.
Post a Comment
Read more

EARN WHILE YOU LEARN!

April 02, 2010
Just a thought from Sarah King ( RAM model). I enjoy being able to pick up artists tips on how to draw 'me'!!!!! Learning whilst earning!
Post a Comment
Read more

April 02, 2010
What can I say .  Watch out for   a;draughts , b; tutors who are easily confused and forget to book you or forget they have booked you, c;students who expect to see only female models ,  d;easels can be very dangerous if placed too close  and finally heaters that switch themselves off when they think the room is warm enough! Love & Laughter Philip Herbert x (RAM model )
Post a Comment
Read more

April 02, 2010
I'd like to tell you what happened when I was practising and preparing poses. Several photos were taken and reviewed over several days. Suddenly I noticed 'an orb' to my right. Strange to have missed it before as it is so prominant. Six of the many photos taken that day, were found to have orbs of some description, but many did not. The first one that was noticed was the one that was sent to the RAM listing.  I had heard of these orbs but had no experience or knowledge. Naturally an investigation was started and I now believe, (there is, at present, nothing conclusive,) that these are balls of energy of some sort, which absorb flashlight and expel it at a reduced wavelength. The digital camera, being an electronic recording device, can pick up 'near infra-red' light. Experiments have shown these orbs to be consiousnesses of some sort; could be beings, thought forms, nature spirits etc. I have had fun directing my camera up into the dark night
Post a Comment
Read more

April 02, 2010
I started modeling some 27 years ago whilst going to Saturday morning life drawing classes at the Wilson's Rd annex of Camberwell School of Art. I was just 17 then and I was paid £15 for the 3-hour session plus some extra for the train fare home. The foundation department hired me from then on. Quite a few times, I'd turn up to a life drawing group expecting to draw and ended up as the subject. I met a French model that was living in a squat in Camberwell Grove and we would often spend some time cooling off in an old bath in the back garden. Sometimes we’d pose together in life classes, either sleeping, sitting or in some sort of embrace. This was unusual at the time and we became quite popular, particularly with matching Mohicans. In 25 years I have done some very strange poses at various establishments, including being Eros, the flying boy statue in Piccadilly Circus, at the Wimbledon School of Theatre Arts, where I spent a month in a harness suspended fro
Post a Comment
Read more

WE NEED YOUR INPUT - CALLING ALL ARTISTS AND MODELS!

February 24, 2010
We'd like our blog to be a lot more interactive. Please feel free to send us your views on life modelling, either from an artist's or a model's perspective. Also, please send us any news articles on life modelling that are of interest. Either post here or via the website . Please send us stuff - we really want you to share it with us!!
1 comment
Read more

February 24, 2010
A belated Happy New Year to everyone. We have had a great start to the year, with more artists than ever before joining RAM. We are also encouraging artists to advertise for models   (it's free- try it!) and , as a result, have a lot more ads on our Joblink page. We are also in the process of updating the website - it will soon be a lot more user-friendly.
Post a Comment
Read more
More posts